It’s taken Ginia a long time to go full circle to get back to her roots. She was the only person in her family not in the entertainment business until 2003, when she wrote her first screenplay, “The Senator’s Wife,” based on a short story she’d written 15 years earlier.

The first producing duo to read it wanted to option it. Yet by 2013, a dozen screenplays later, screenwriting awards and more scripts optioned, nothing had hit the big screen.

Ginia took matters into her own hands:

She co-produced, co-wrote and co-stared in the short film, “VOTE (Smart)”, directed by Steve Anderson and commissioned by Arizona State Senator, Paula Aboud

— Ginia’s first toe in the ocean.

When Steve Anderson read “Lucky U Ranch,” he said, “I’d love to direct it.”

“Lucky U Ranch” is more than just a ‘50s coming of age story full of issues still haunting us today. Its roots dig deep into Ginia’s early life.

They bought a 25’ trailer and traveled the country for nearly two years until they purchased a trailer park in Scottsdale, AZ, naming it Lucky U Ranch, after her uncle Ed’s radio and televison show in L.A..

Before Ginia became a screenwriter, she had several careers. With an MFA in studio art from the University of Arizona, she went on to exhibit her art around the world. She also founded an import company she ran for 26 years, importing unique furnishings and accessories fromAsia. 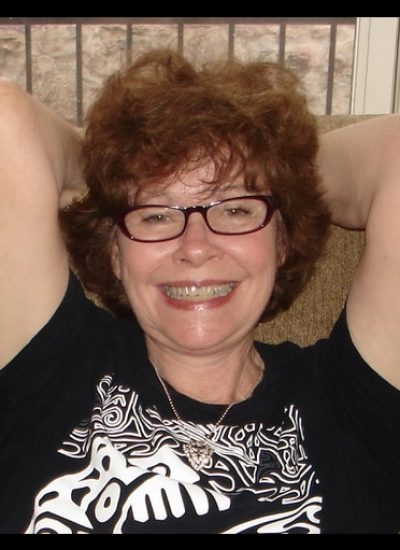